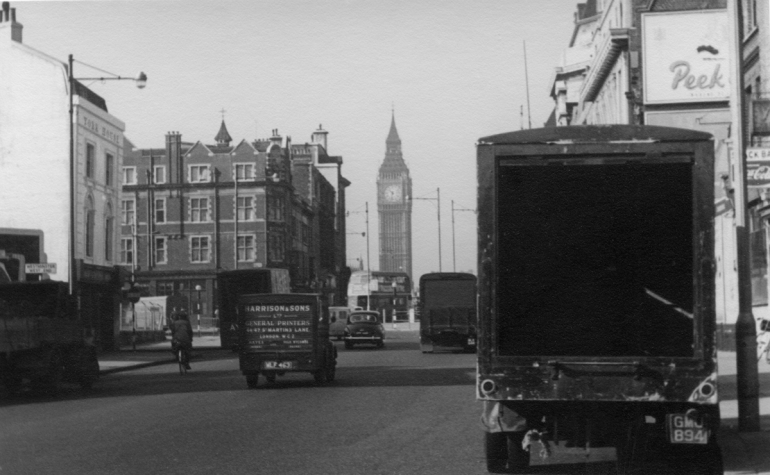 In the middle of the road is a Harrison & Sons ‘General Printers’ van.  Despite the lowly moniker of ‘General Printers’ painted on its rear, Harrison & Sons were specialist printers, who printed nearly all the British Royal Mail stamps between the 1930s and up to the 1990s.  They also, in their time, printed banknotes for over 100 overseas countries.  Established in 1750, they were taken over by De La Rue in 1997.

South side map added by Hand Richard to his Scrapbook circa early 1980s. 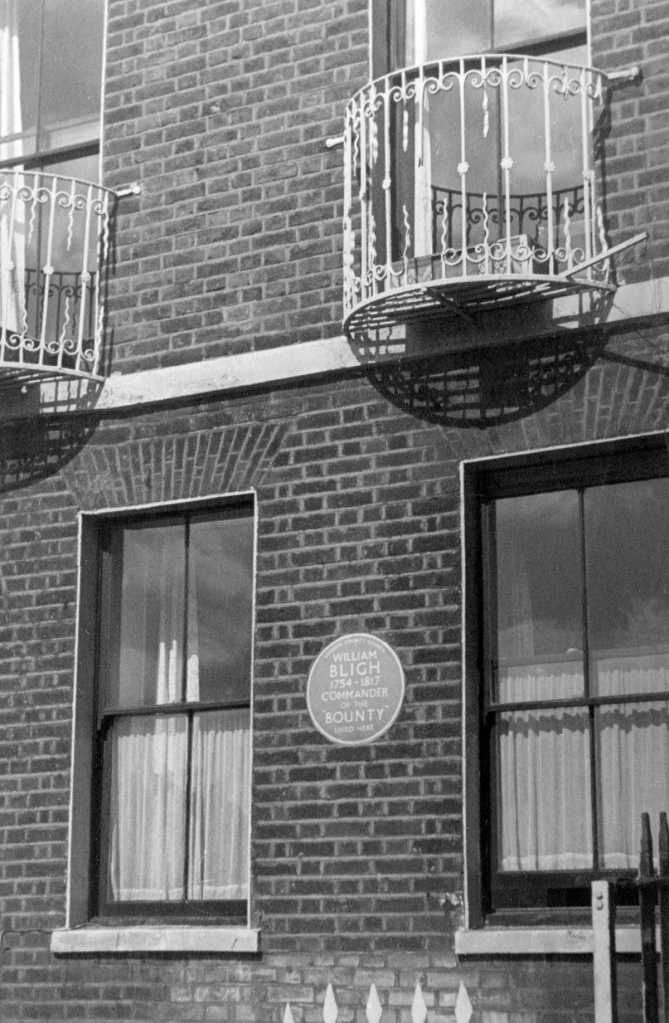 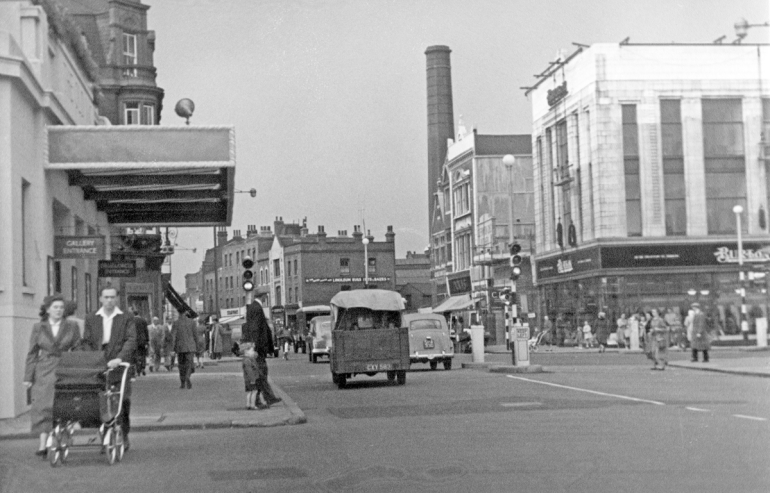 In Hans Richard’s two pages headed “Imperial War Museum” only one photo remains, the one above.  The rest of the photos, with captions of models of war ships, have been removed. 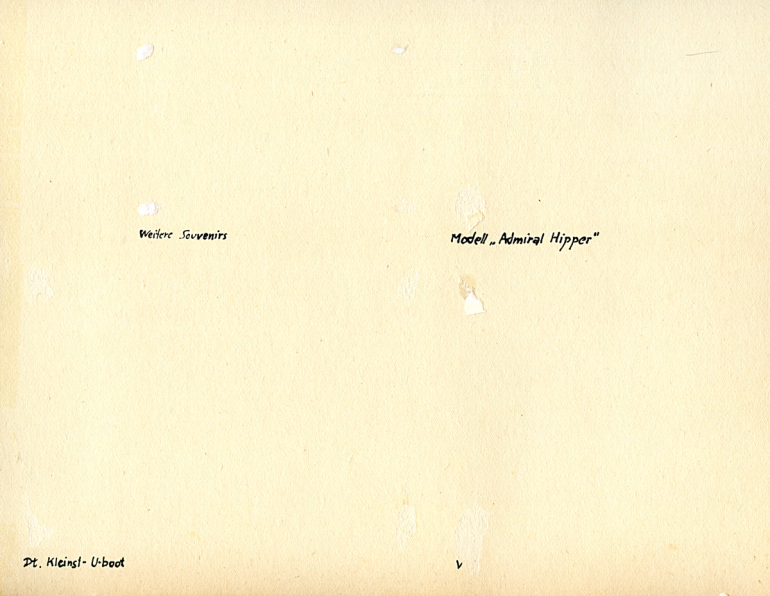 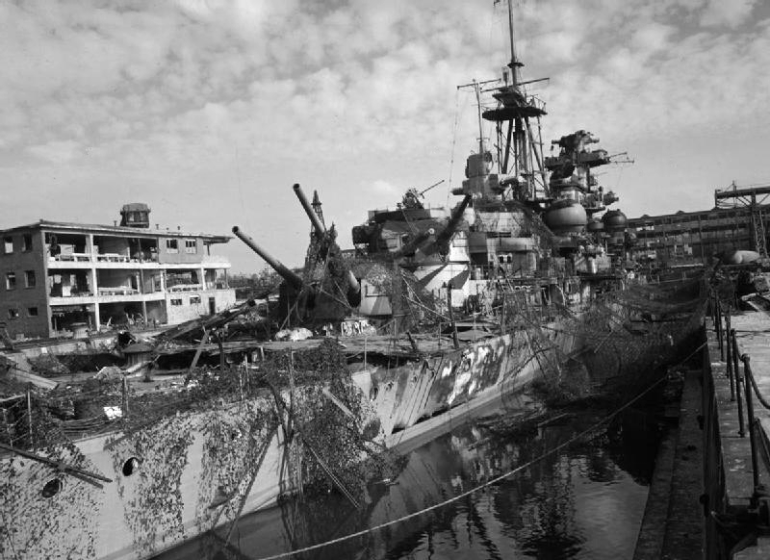 The Admiral Hipper (see above)  the model he photographed at the Imperial Museum, was a heavy cruiser.  She was bombed whilst berthed in Kiel by the RAF five days before the end of the war in Europe on 3 May, 1945.  She was dismantled for scrap between 1948 and 1952.  Her bell was on display in the National Maritime Museum in Greenwich, which Hans Richard was to visit during his six week stay in London.  The bell was subsequently returned to Germany and is on display at the Laboe Naval Memorial to dead sailors.  Laboe is just along the waterfront from Kiel. 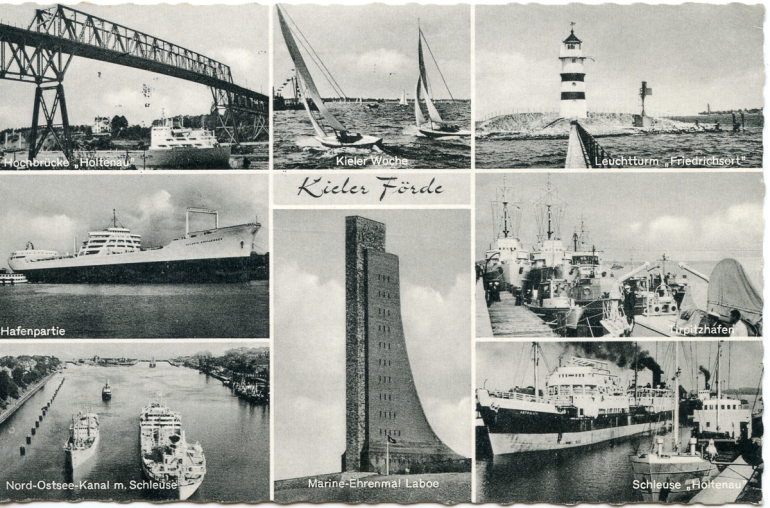 The Laboe Tower, part of the Laboe Naval Memorial is centre bottom.

Hans Richard went to see Esmeraldo at the Royal Festival Hall, performed by the London Festival Ballet Company (now evolved into and known as the English National Ballet Company).  A short time after he saw, and photographed, the performance, the ballet and company went to Chicago.

“When the London Festival Ballet opens a week of nine performances in the Civic Opera House Oct. 25, five of the ballets will be new to Chicago.  They are a revival of the full length ‘Esmeraldo’ based on Victor Hugo’s ‘Notre Dame de Paris’ with choreography by Nicholas Beriosoff, music by Cesare Pugni…

Technical Note:  The photographs that Hans Richard Griebe took of the performance of Esmeralda are quite remarkable.  The fastest black and white film available in 1954 was rated at 400 ISO.  He is shooting in available low light, hand-held, without flash (which would have been prohibited).  Even with a lens with a wide aperture there are potentially several problems:  using a slow shutter speed would result in blurred figures, using a wide open aperture would result in a very limited depth of field.  The pioneer of shooting in available low lighting was  a fellow German, Erich Salomon, who photographed many of the leading politicians in the late 1920s and into the early 1930s

Erich Salomon  would be using the fastest available film available at the time, which was a lot less than the film that Hans Richard would be using.  It’s a great photo, but it displays the problems Hans Richard would have photographing Esmeralda, even with a faster film speed.  First, the narrow depth of field: the background behind the politicians is out of focus.  Secondly, slow shutter speed and movement: two of the politicians seem out of focus, but it is blur, caused by them moving.  Gifted and experienced photo-journalists such as the London born Bert Hardy by the 1930s were also developing their ability to shoot in available low light, without using a flash.  Bert, who was the most gifted of British photo-journalists between the 1930s and into the 1950s would have the expertise of the photo darkroom technicians of Picture Post magazine to develop his film, and to ‘push’ the film speed higher than 400 ISO.  (Bert was no slouch himself in a darkroom).  Again, to put Hans Richard Griebe’s skills in context, pushing a film when developing it can degrade the image, making it very grainy.  His prints of the ballet of Esmeralda are not grainy. 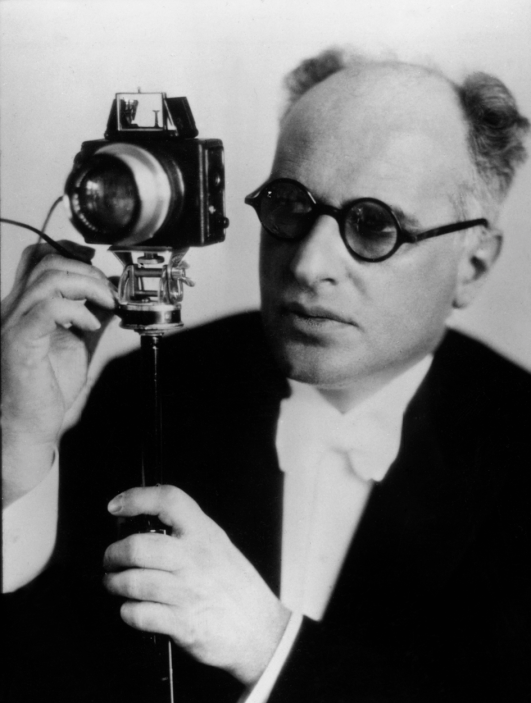 Erich Salomon was Jewish and moved with his Dutch wife to Holland when Hitler came to power.  When the Germans invaded Holland in 1940 he and his family were trapped, and he went into hiding in 1943.  He was eventually caught and he died in Auschwitz in July, 1944, just ten years before Hans Richard was taking his photos in the Royal Festival Hall.

Around the Festival Hall. 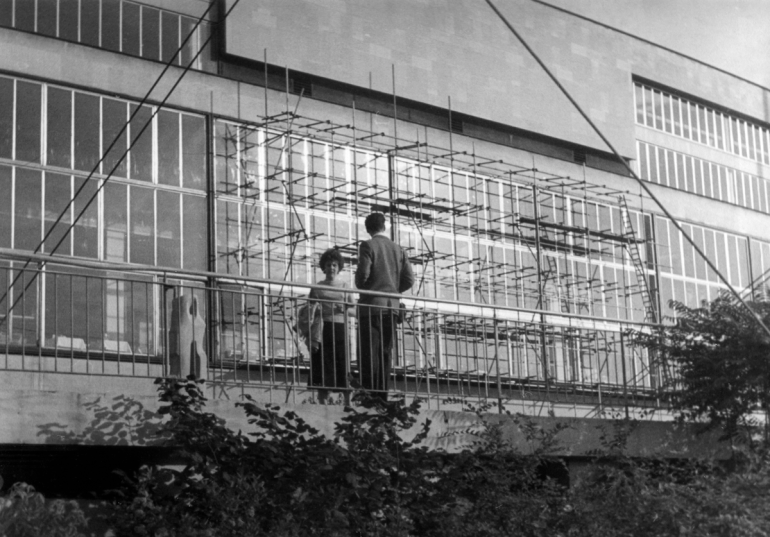 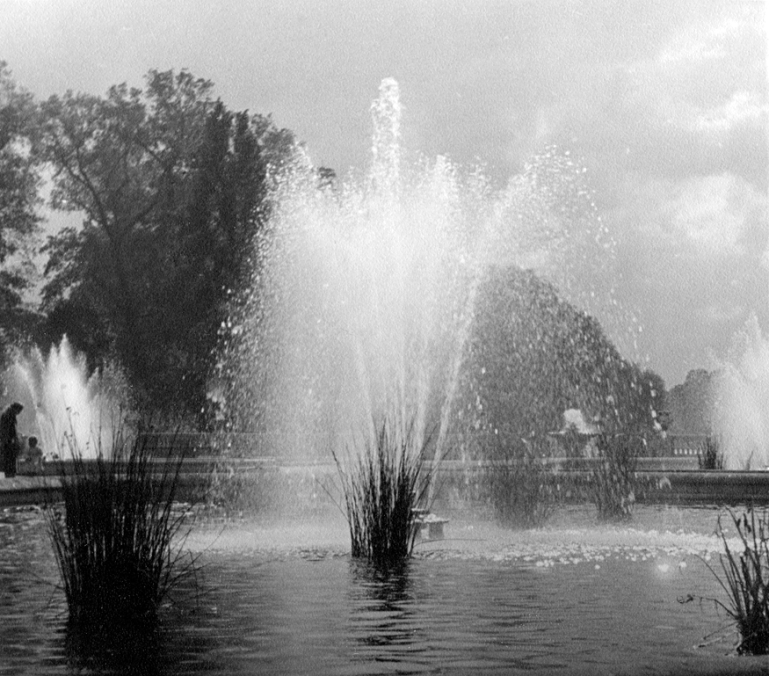 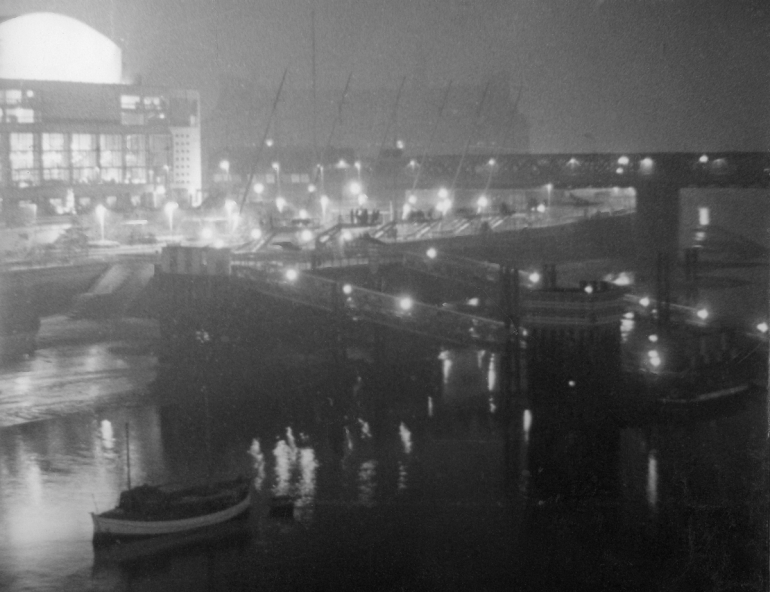