Hans Richard took a train from Kiel to Bad Bentheim, on the Dutch border, on 21 August, 1954.

At the time he was renting a room in Kiel at Nietzscherestr., fairly close to the main Kiel train station and waterfront. 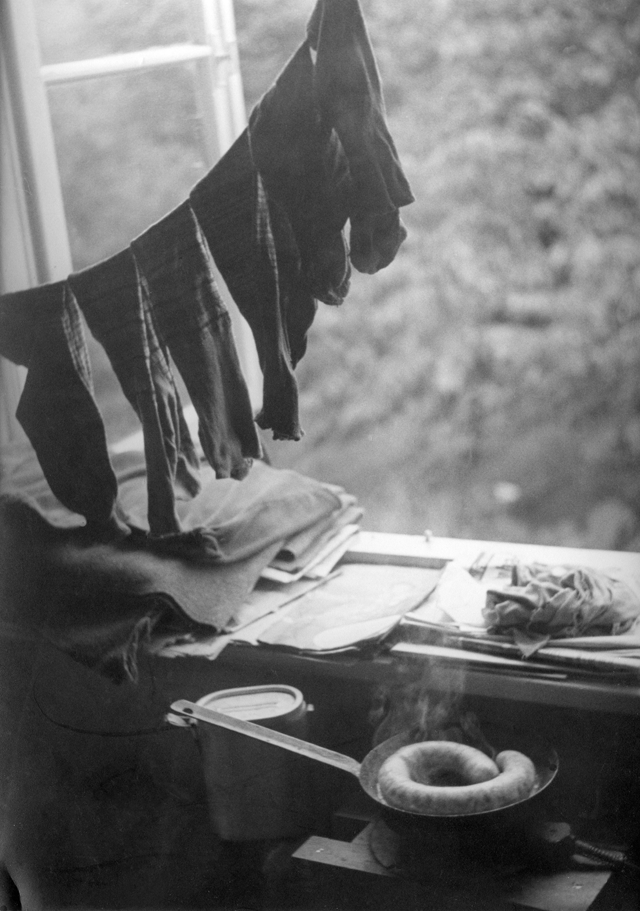 Drying socks for England. Glimpses of his stripey socks are seen in some of the photographs of Hans Richard taken in London. If he found himself homesick for a Bratwurst whilst in London he would have had quite a search, even in Soho, where many of the delicatessens were Italian or French.

En route he changed trains at the Hamburg Haupbahnhof.  He used the three hour wait to catch a S Bahn train to nearby Landungsbrücken by the Elbe, and walked along to Uberseebrücke 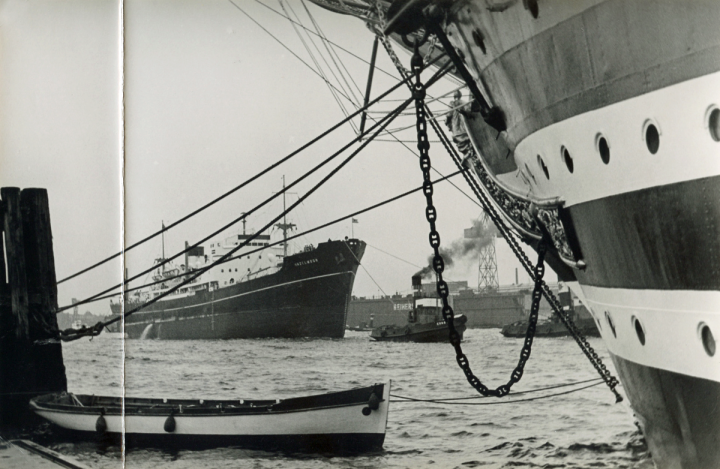 Onboard the sailing ship at Landungsbrücken, Hamburg. 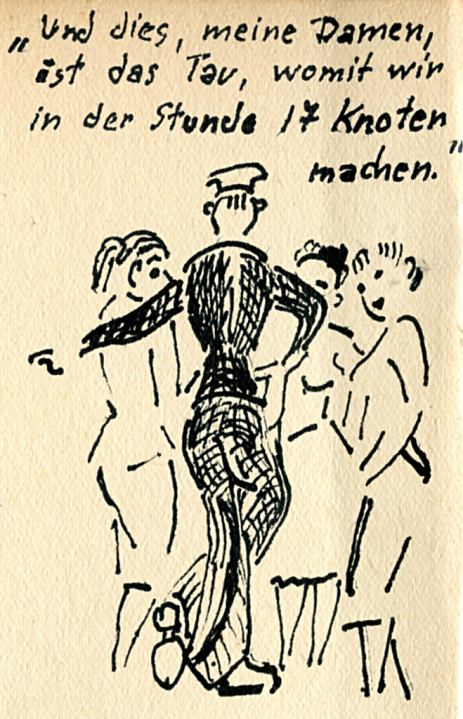 And this, ladies, is the rope with which we make 17 knots an hour.

He travelled on from Hamburg to Bad Bentheim, and then through Holland by train to the Hook of Holland. 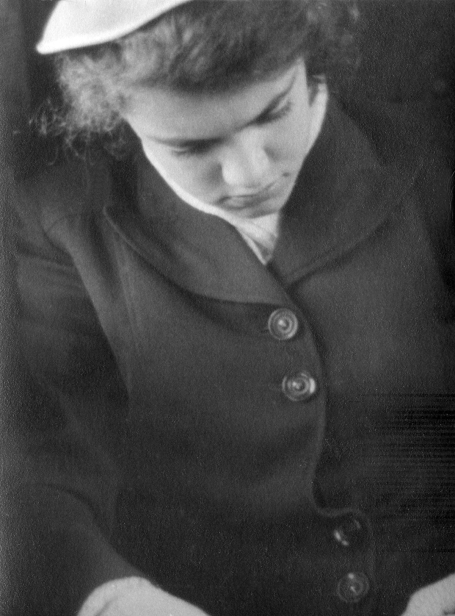 The overnight boat for England, the MV Duke of York.   (Print discoloured) 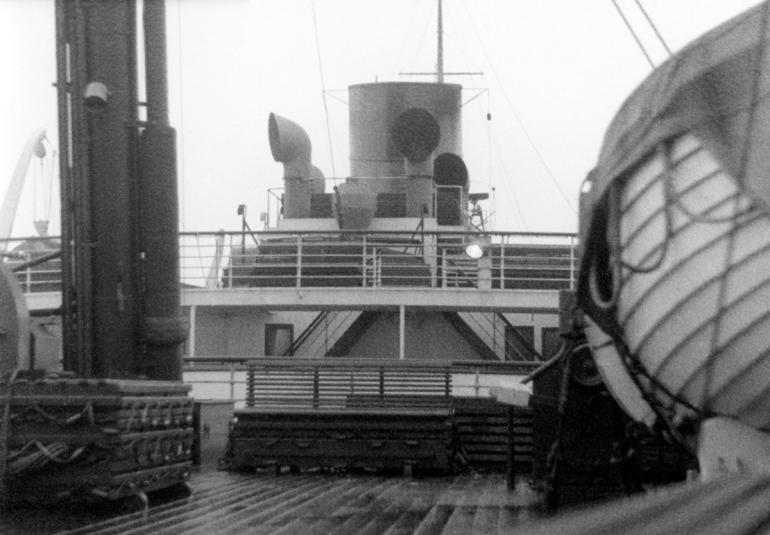 Morning on the Duke of York, approaching England.   Hans Richard notes that he slept on the seat shown, under the stars.   An irony is that The Duke of York, renamed the Duke of Wellington during the Second World War was involved in the Dieppe commando raid, 14 August, 1942, and also took part in the Allied Normandy Landings in 1944, against German occupied France.

Harwich Railway station, waiting for the train to London. 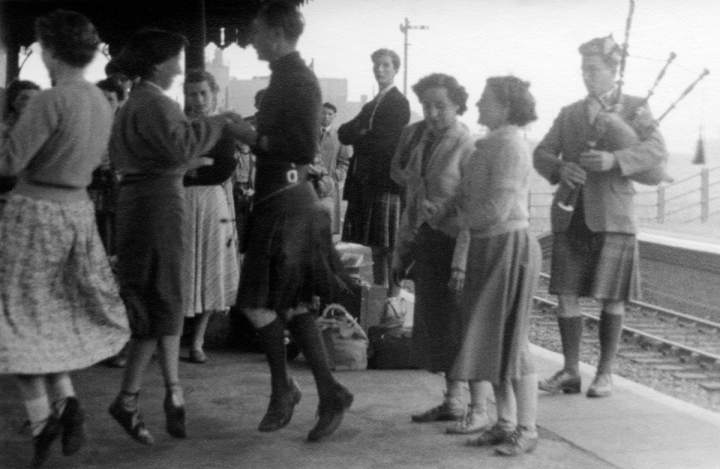 He had already photographed her discretely in the railway compartment travelling to the Hook of Holland.  Now he talks to her on the platform at Harwich station.  They travel in the same compartment to London.  He takes another photograph and he asks for her address, presumably to send the prints to.  She writes it for him: Sandra, living in Cardiff, Wales.

Arriving in London he goes to what seems is a London School of Languages Host  – Mrs Engelmann – for a night or two, before he begins his look for lodgings.

Next:    2:  First Days, A trip to Hampton Court Palace, and looking for lodgings in Notting Hill Gate.