Hampden Cresent, Westbourne Park, London W.2 no longer exists.  It was demolished and bulldozed to make way for the construction of the Westway dual carriage way (the A40), which began in 1964.  Hampden Crescent was a cul-de-sac, and Izis has taken his photo at that end, looking back down to where Hans Richard took his photo, a year later.  The Izis photo was reproduced in Gala Day London, Harvill Press, 1953.  The photographs in Gala Day London were reproduced in the same sequence, and published in France as Charmes de Londres, with poetry by Jaquers Prevert.  In the 2008 edition the white paper rubbish on the pavement, and the white spots on the road, and the few white light reflecting cobbles have been Photoshopped out to a dark grey. 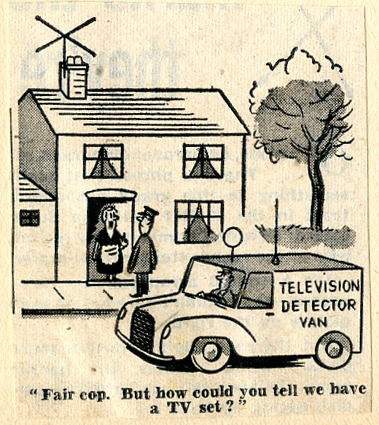 Irony and playing with words is a feature of some of Hans Richard’s captions. 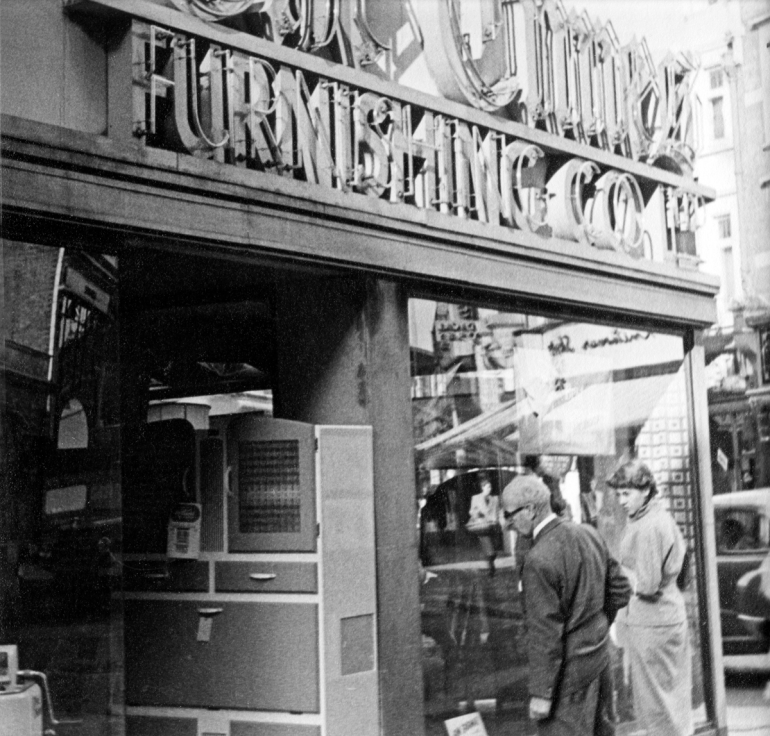 Herta, above, is on the right hand side, looking at the display. 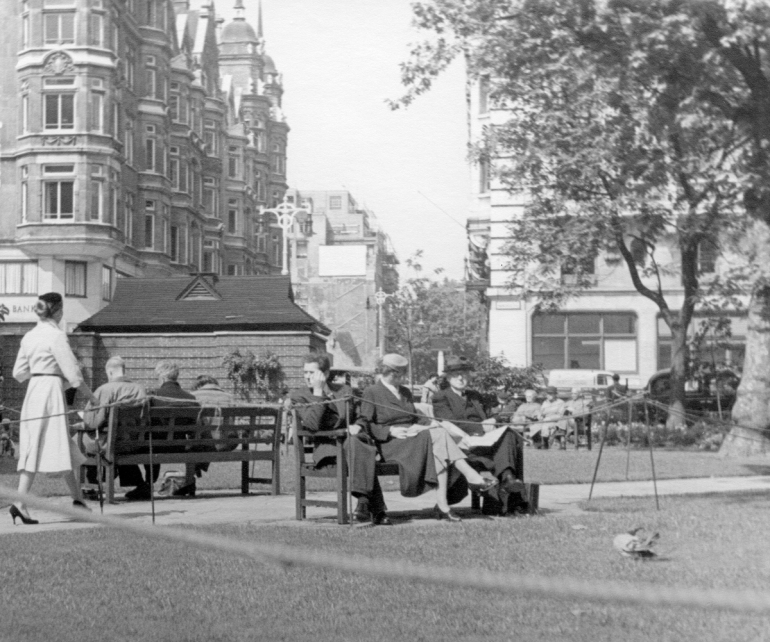 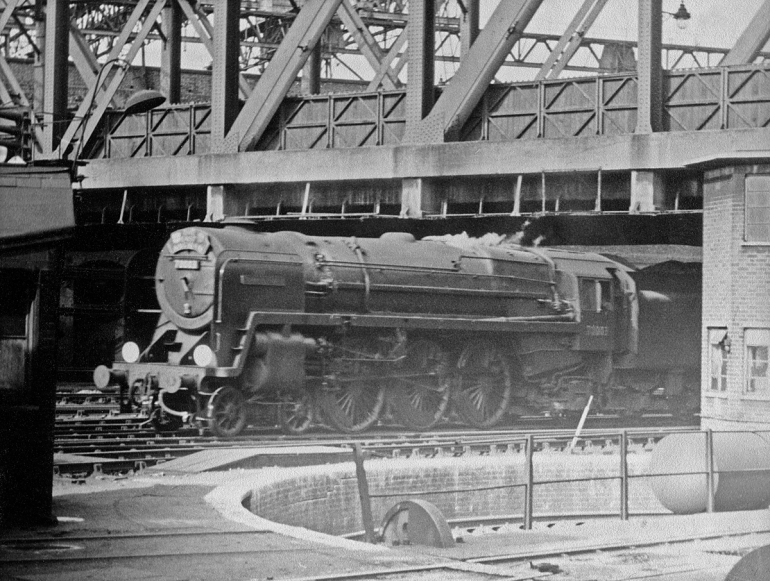 “Die Uniformität der Wohnviertel.”  The uniformity of the residential districts. “Wievel Häuser zu Verkaufen warren (FOR SALE).”   How many houses were for sale. “Die Leichtigheit, mit der man in England als Gentleman erkannt wird.”   The ease with which you will be recognised as a ‘gentleman’.

“Die vielen Zigaratten.”    The many cigarettes. 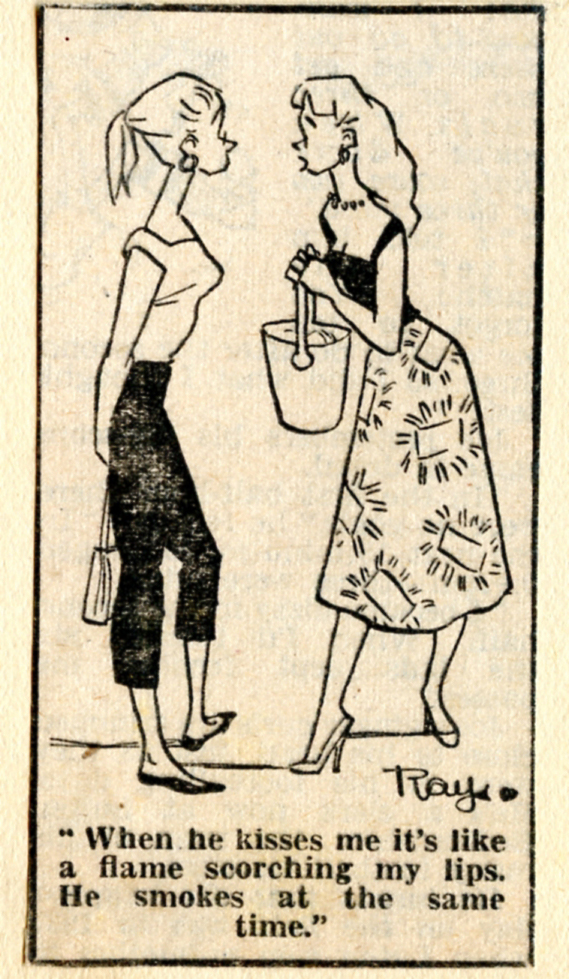 Cigarette packets pasted into the Scrapbook.

In a note, added to the Scrapbook in 1980, Hans Richard says that he no longer smokes.  In an interesting change-around, Hans Richard would find that in 2016 advertising of cigarettes on billboards and street cigarette vending machines are banned in Britain, but not in Germany.