Hans Richard visited Greenwich, the Observatory and the Maritime Museum, on 10 October, 1954, a Sunday.  Herta was with him, and took a photo of Hans Richard.  Although they travelled to Portsmouth two days later, on the Tuesday, Hans Richard has put the visit to Greenwich in his Scrapbook after his Portsmouth and Southsea section. The pub in the photo – the Spanish Galleon, in Greenchurch Street – still exists. 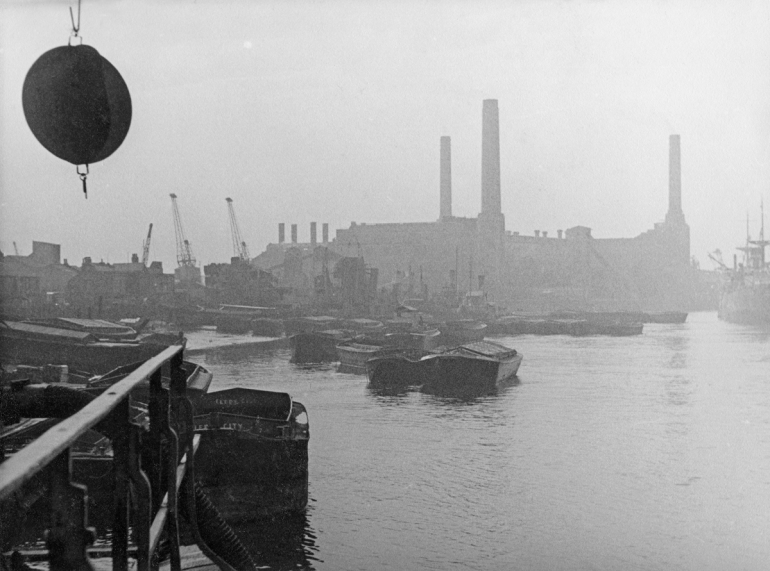 Above, Greenwich Power Station in the background. 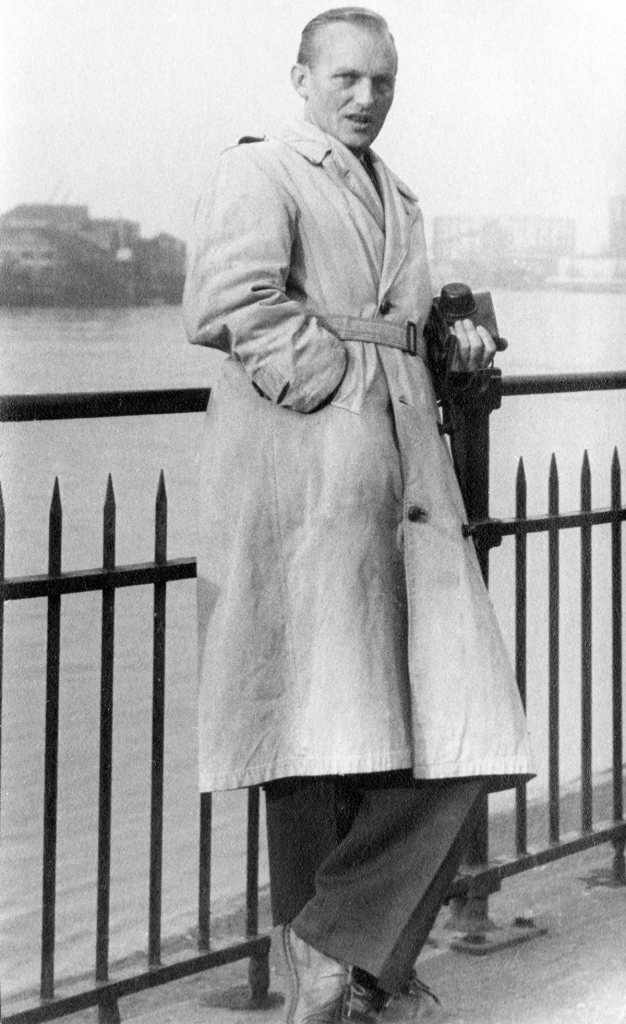 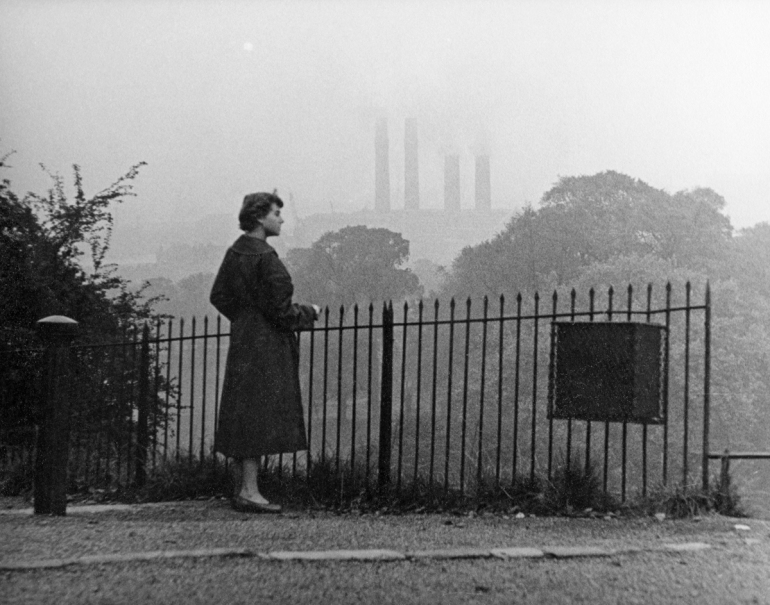 Herta at the railings. 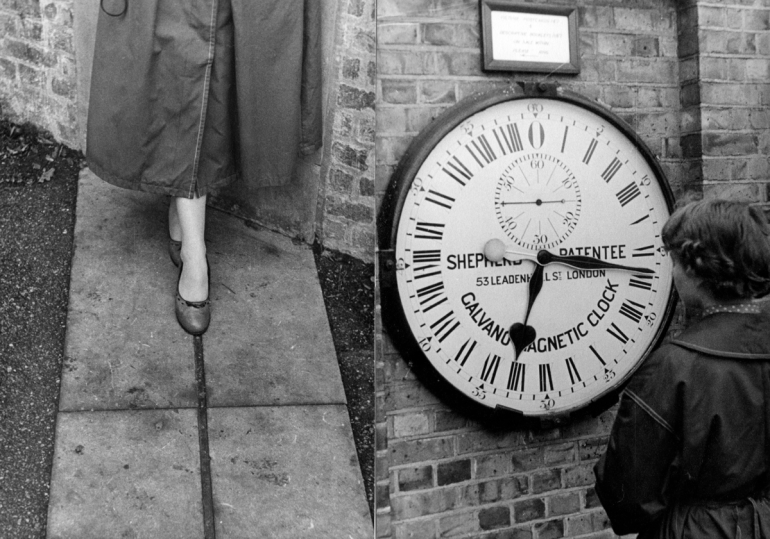 Hans Richard has pasted two photos side by side of Herta.  On the left she is standing on the Greenwich Merdian Line and on the right she is looking at the Shepherd 24 Hour gate clock.  It has just gone quarter past one.

At the Royal Naval College the time is just coming up to quarter past two. 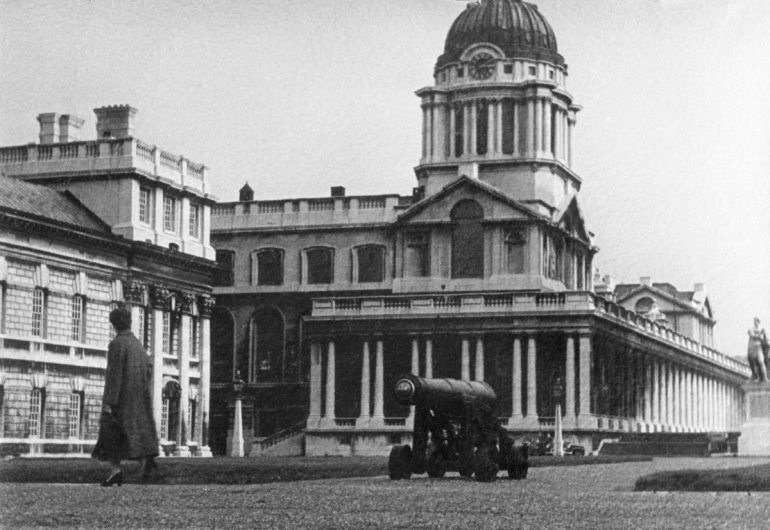 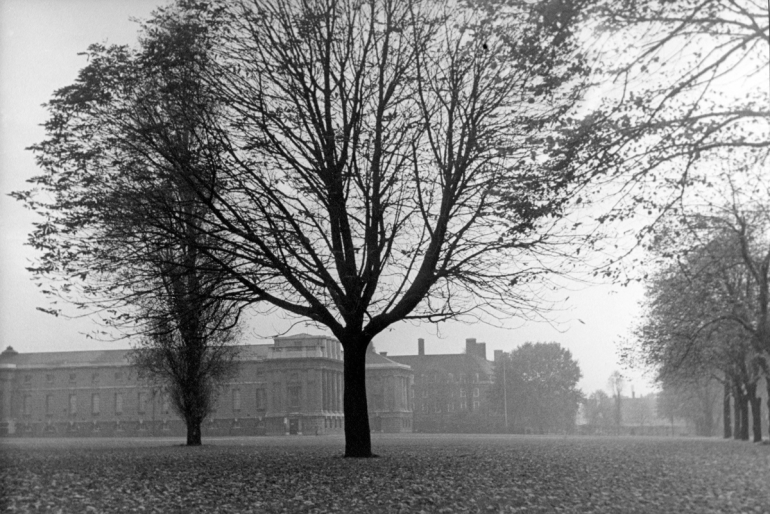 The Admiral Scheer was a German ‘Pocket’ battleship, credited with being the most successful – in terms of tonnage sunk – surface raider of the Second World War.  Herta is in the background above, and Hans Richard has positioned her standing in the door way below.

The Battle of the First of June, I794 was between British and French naval fleets. 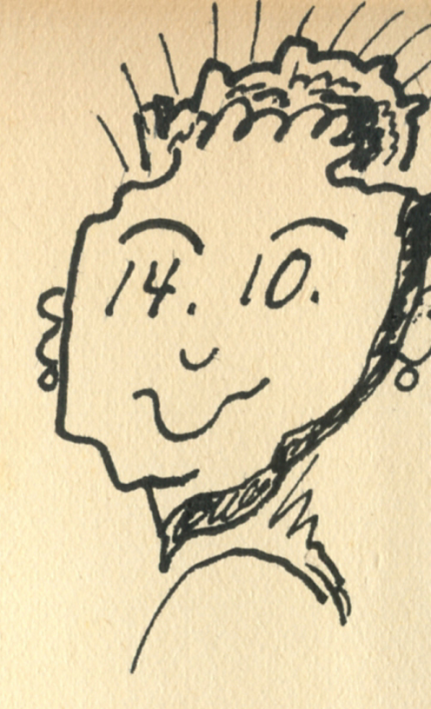