Discoloured print. Couple kissing on a bench at Regent’s Park. The most beautiful man in the State. 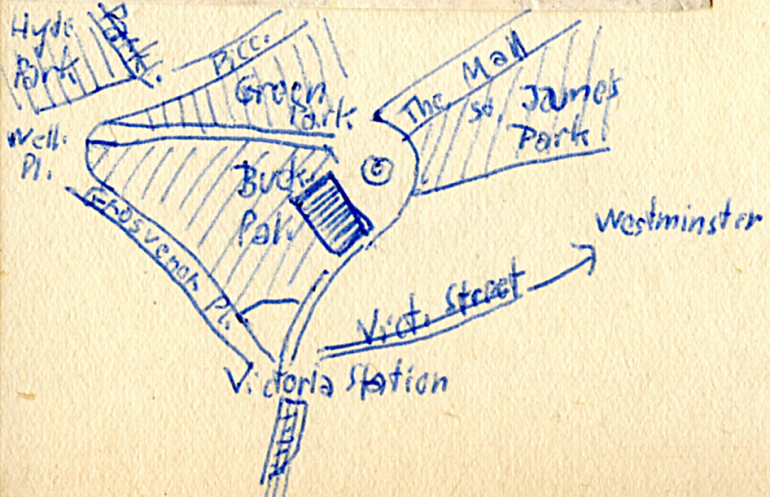 Map of the Buckingham Palace area, drawn into his Scrapbook in the 1980s.

“Wachablösung am Bucking Palace.”   Changing the guard at Buckingham Palace.

Giles was a nationally known cartoonist who’s cartoons appeared in the Daily Express.  Hans Richard’s daily newspaper which he bought whilst he was in London, going on the number of cuttings and cartoons from it, was the Daily Mail.  This cutting from the Daily Express is a rarity.  As a cartoonist himself, he would have appreciated the detail and skill (and the humour) of Giles.  (For technical reasons it has not been possible to reproduce this Giles cartoon in its original full width.) 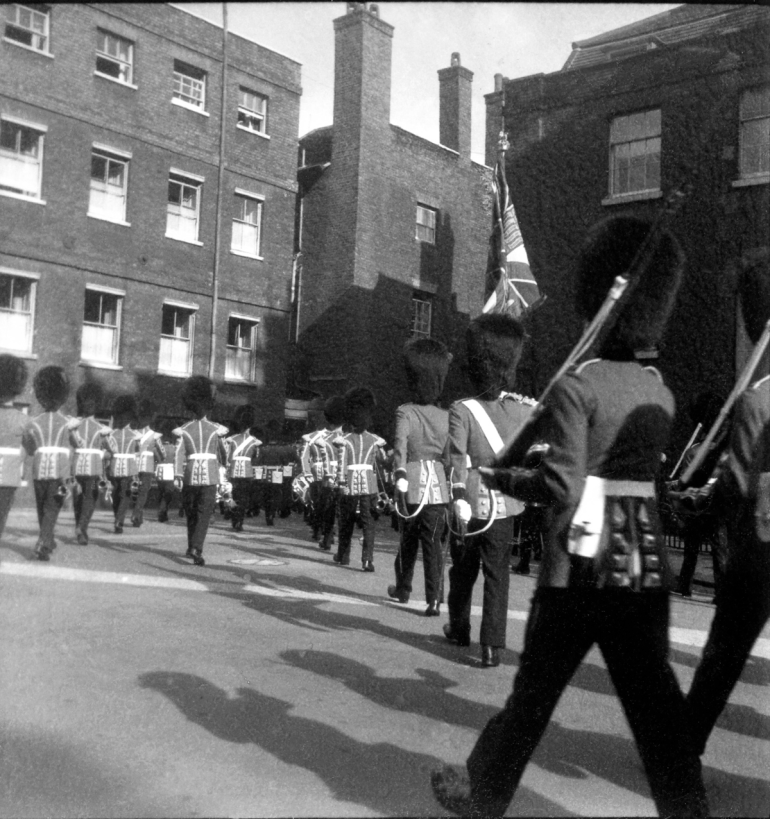 The two men nearest to the marching Guard are standing to attention, with the one on the left raising his hat.  This suggests they are ex-regulars (non conscript ex-servicemen).

The English trumpeter Eddie Calvert had had a hit with the Swiss written Oh Mein Papa which was No.1 in the British Hit Parade for nine weeks in 1954.