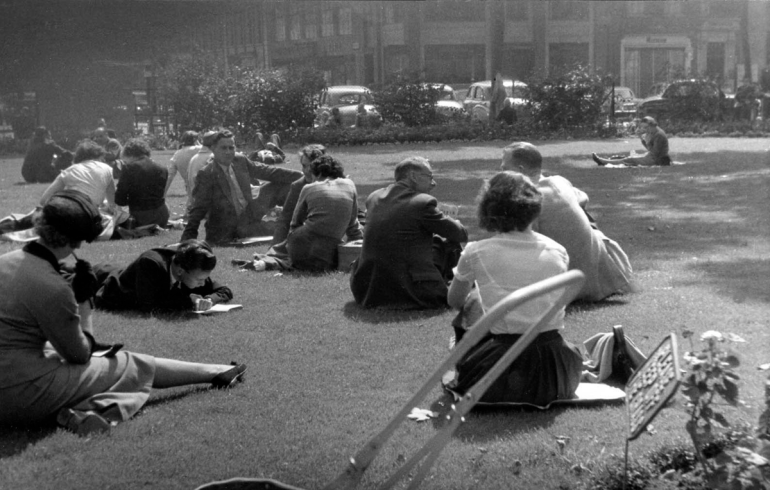 “Auf dem Schild rechts steht (in German): Rasen nicht betreten!”  The sign on the right says Do Not Enter the Grass!

The sign on the right in fact says “Please Keep Off the Grass”.   Coming from an ordered German society where keeping to the rules is very important (for emotional as well as practical reasons), Hans Richard would note the relaxed approach of the British to “Orders” and prohibitions.

The London School of English 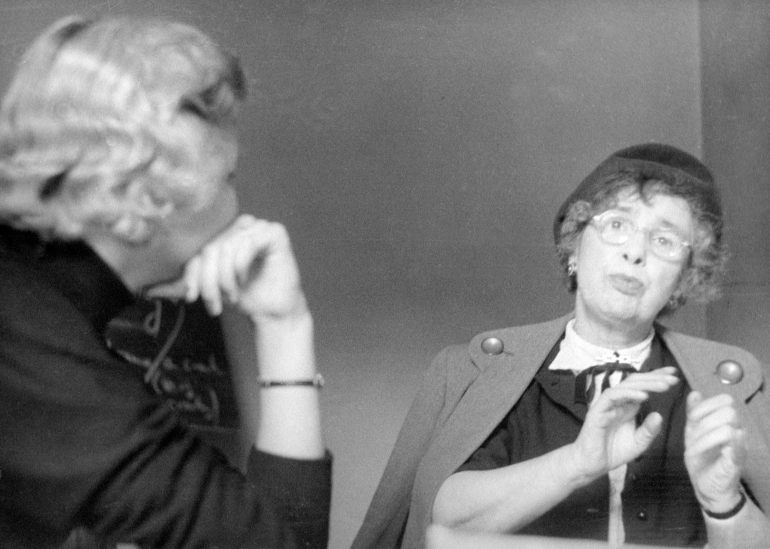 That Miss Shield is wearing a coat and hat indoors is not so unusual in Britain of the 1940s and early 1950s.  There are photographs of the Crofts Dog Show, and Labour Party and Conservative Party conferences where those attending are wearing a hat and coat. The lack of central heating radiators in many public buildings and blocks of flats in this period (and earlier) was something often noted by Continental and American visitors. 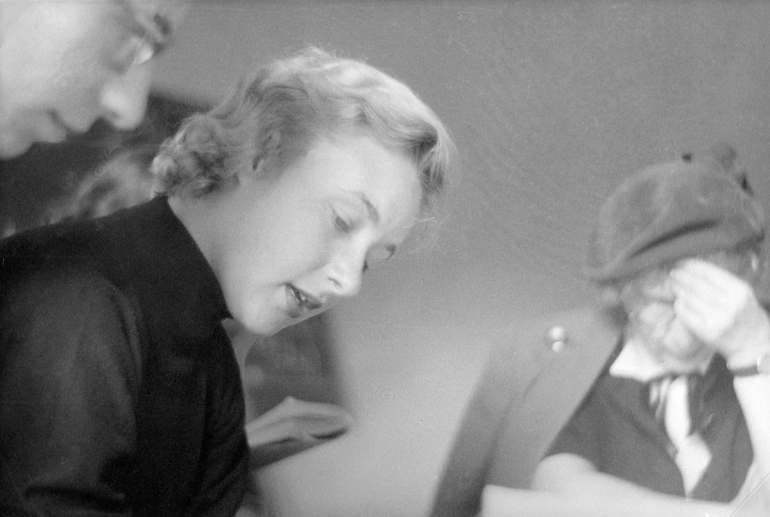 The pattern, mid to top right, in the above photo is Hans Richard’s fingerprint on the negative.  For problems with the photos and their restoration, see the article in ABOUT at the top of this chapter. 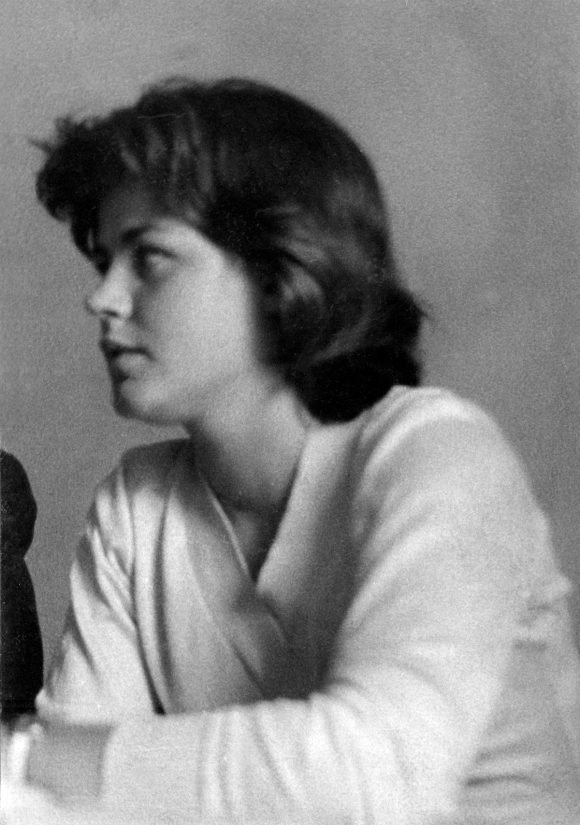 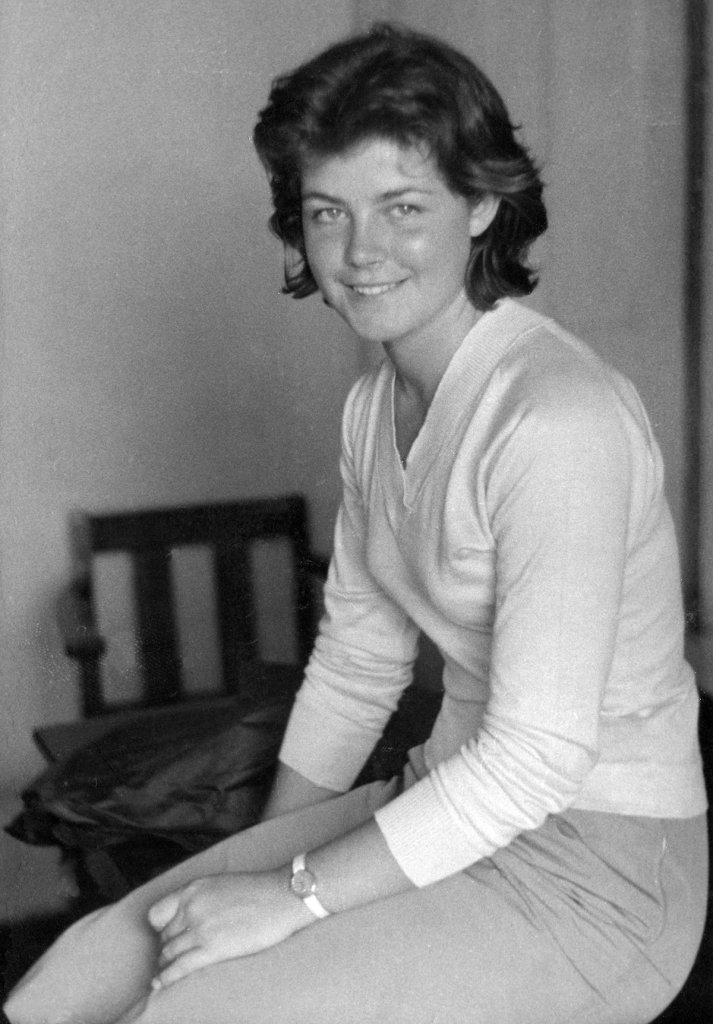 Map of the City, and beyond, added by Hans Richard in the 1980s. 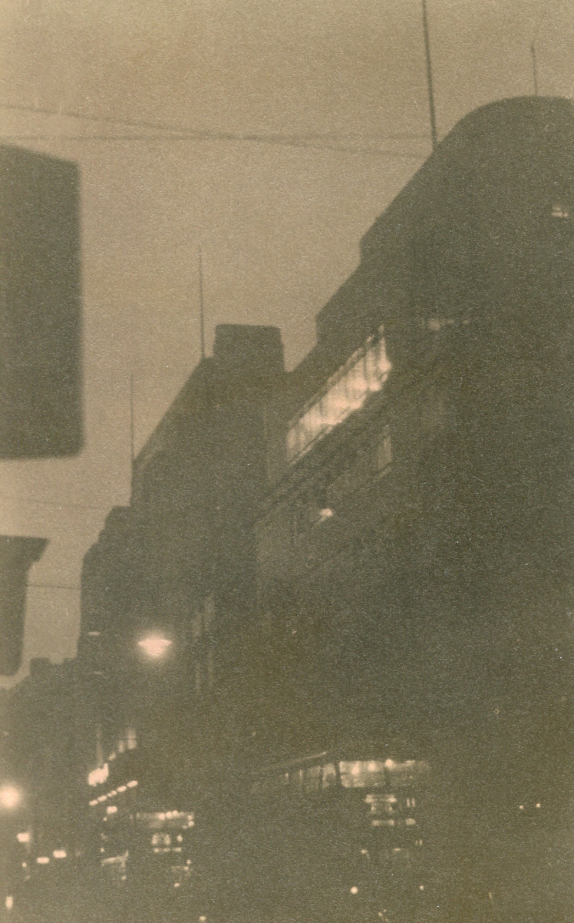 On the right hand edge of the “City” photo page (the four photos above), Hans Richard has pasted in a news cutting about Britain and Europe.  There is no date, nor source, but possibly from The Daily Mail, from the August – October, 1954 period. 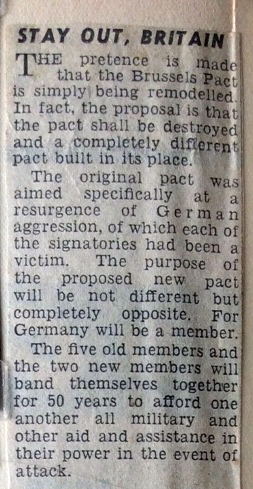 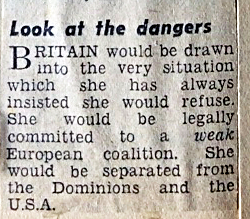 The Roman Temple to the Roman God Mithras is discovered. 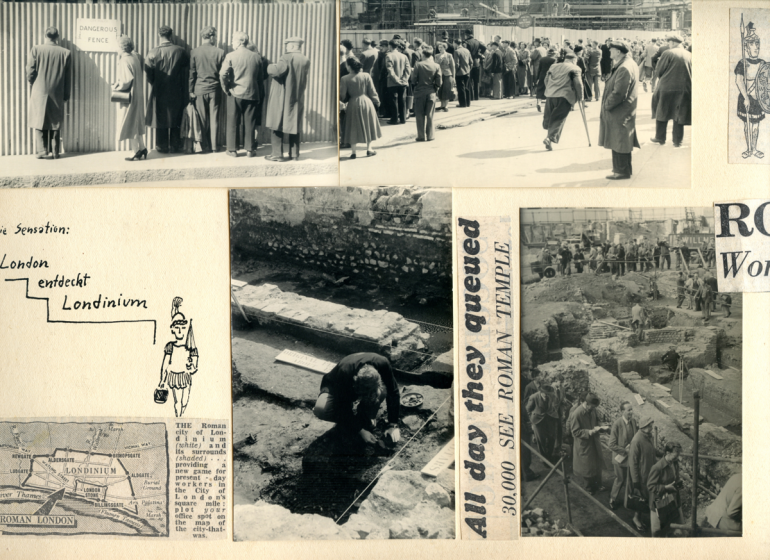 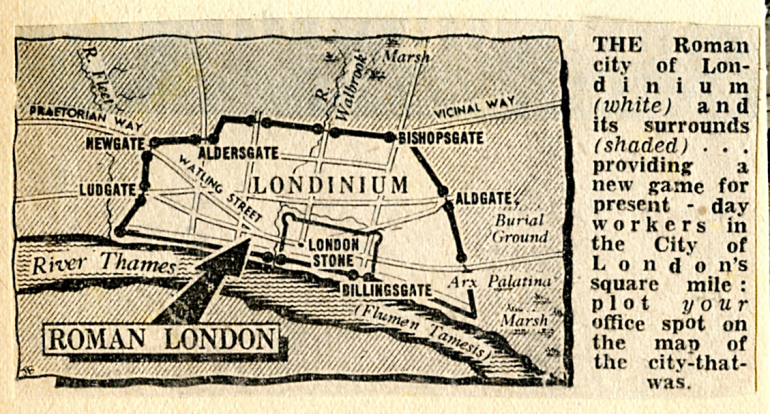 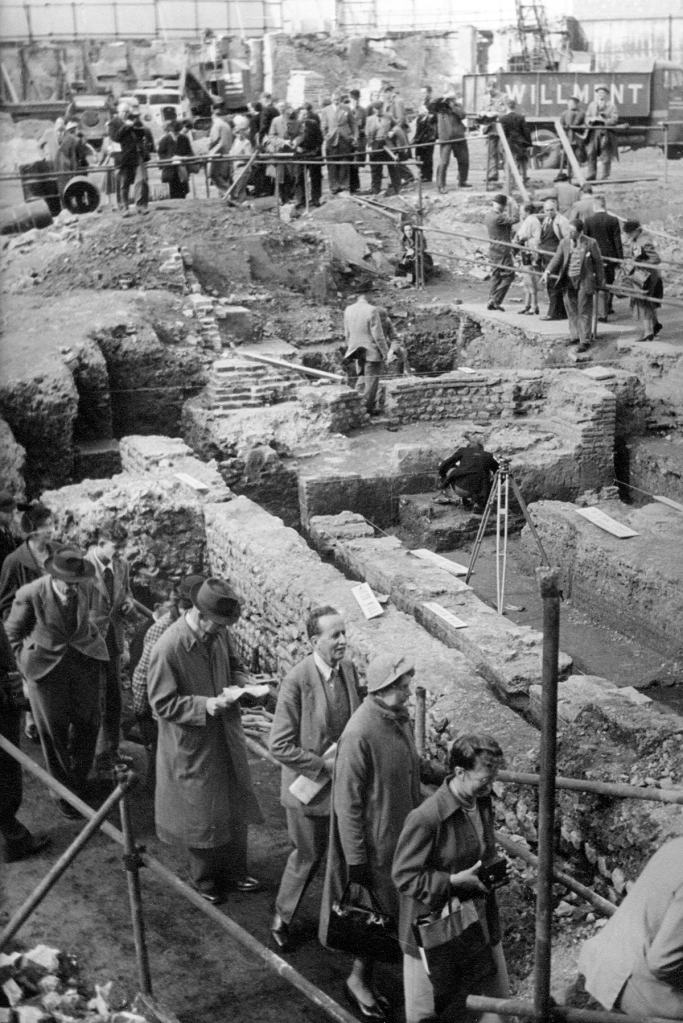 The Roman Temple to the God Mithras was discovered in September, 1954, during excavation work for the construction of Bucklesbury House, a 14 story office block for the British insurance company Legal and General. At the time of planning permission being given, it was to be the tallest office building in London.  The whole of the temple was dug up and removed to a nearby site – Temple Court, London E.C.4.  The office block site and surrounding site is now (2016) under proposed major commercial redevelopment, to be called Walbrook Square, with plans to move the Roman Temple back to its original site.  Bucklesbury House has already been demolished.